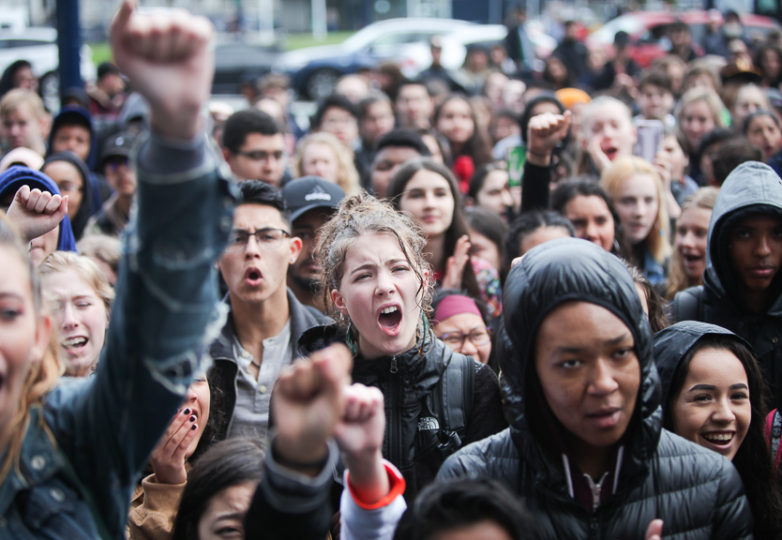 A demonstration led by hundreds of San Francisco high school students flooded the steps of City Hall on March 14, as a part of a nation-wide “walk out” to demand stricter gun regulations and an end gun violence.

The event, which included students from Gateway, Galileo, Lowell, Academy, Washington, Lincoln, Marshall, Wallenberg and John O’Connell schools, was organized entirely by youth. The students held the initial rally at City Hall, but then the mass of unapologetic youth marched down Market Street to the Embarcadero before finally reaching Maritime Garden.

One of the young facilitators of the event, Guadalupe Cisneros, 17, said she got involved because she didn’t see anyone taking initiative in creating this event and thought it was necessary for San Francisco’s youth to take part in the national conversation about guns in school.